by Adebisi Ogunjimi
in Food
0

Overcoming anxiety which is a common problem for many people involves making lifestyle modifications, and that includes changing your diets.

Anxiety is a disorder which is characterized by constant nervousness and worries and it is sometimes related to poor brain health. Often at times medications are used for treatment. There are some foods that can help you cure anxiety without medications.

Foods That Induce Anxiety to Avoid

Typical examples include high glycemic carbs, fried foods, unrefined sugars, and alcoholic beverages. These foods are also not good for your eyes.

Other food depends on the severity and on how you understand your own anxiety.

These foods will drastically cut down on the severity of your anxiety and possibly improve your mood. It is worthy of note that foods are more likely to benefit mild anxiety rather than severe anxiety.

In this article we’ll show you some foods backed by science which can reduce stress and improve happiness, thereby helping you make a better choice with your eating habit. 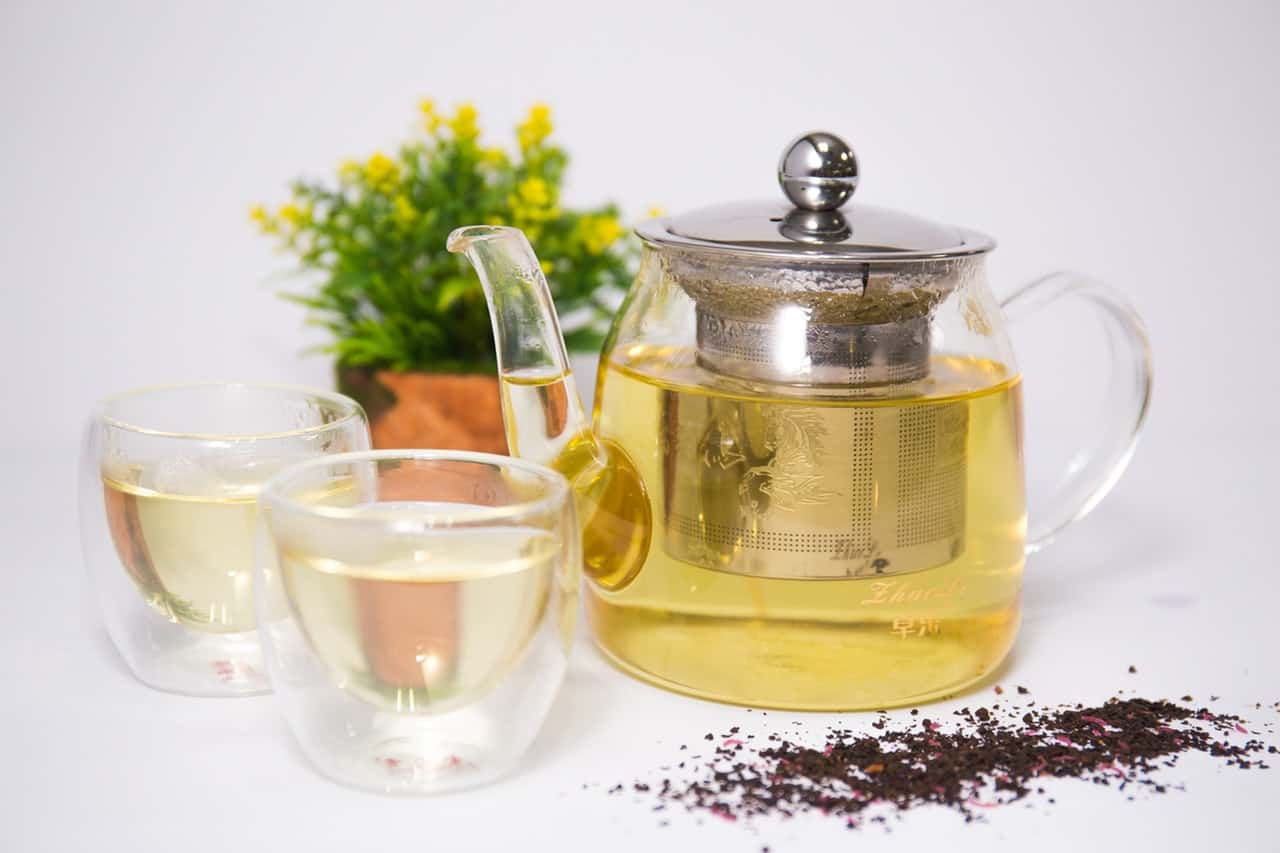 It contains L-theanine, an amino acid shown to have a positive effect on brain health and anxiety reduction (1, 2).

A 2007 study shows that people who consumed L-theanine experienced a significant reduction in psychological stress response which is associated with anxiety like heart rate (3).

Another study published in 2016 reveal that those who drank a beverage containing L-theanine had a significant decrease in their cortisol levels, a stress hormone linked to anxiety and stress (4).

This anxiety-reducing effect may be due to the potency of L-theanine to prevent the nerve from becoming overexcited. Also, L-theanine may increase neurotransmitters dopamine, GABA and serotonin, which have been shown to have anti-anxiety effects (5, 6).

Furthermore, green tea contains epigallocatechin gallate (EDCG), an antioxidant which has a brain-boosting effect. It may also increase the levels of the neurotransmitter GABA, reducing certain symptoms of anxiety (7).

The beneficial effect of L-theanine and EGCG should be a major reason to drink several cups of green tea daily. 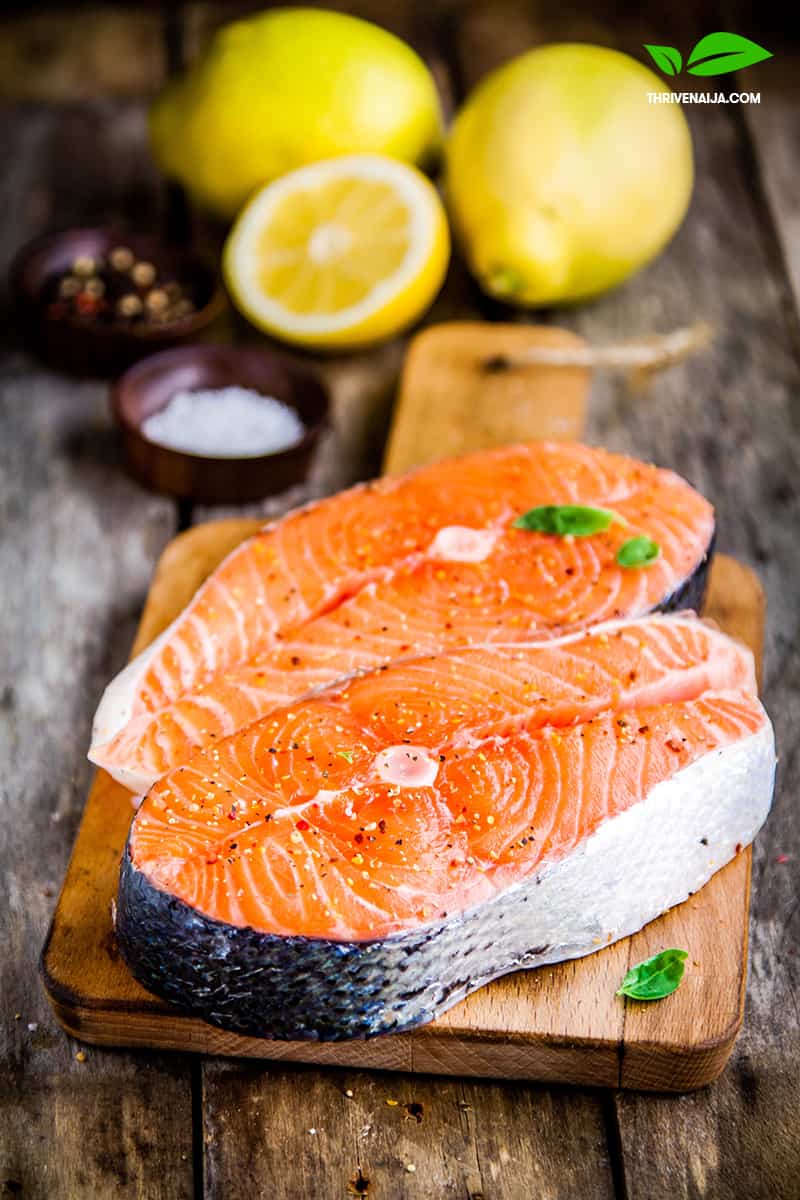 These two omega-3 fatty acids may help regulate the neurotransmitters serotonin and dopamine, which can help reduce anxiety.

In addition, these fatty acids can help reduce inflammation and prevent damage to brain cells that lead to mental disorders like anxiety.

When you consume an adequate amount of EPA and DHA, you also enhance your brain’s ability to adapt to changes, allowing you to handle anxiety symptoms effectively.

Studies also reveal that vitamin D has a positive effect that may improve levels of calming neurotransmitters (11, 12).

Consuming a few servings of salmon a week may be all you need to reduce symptoms of anxiety. 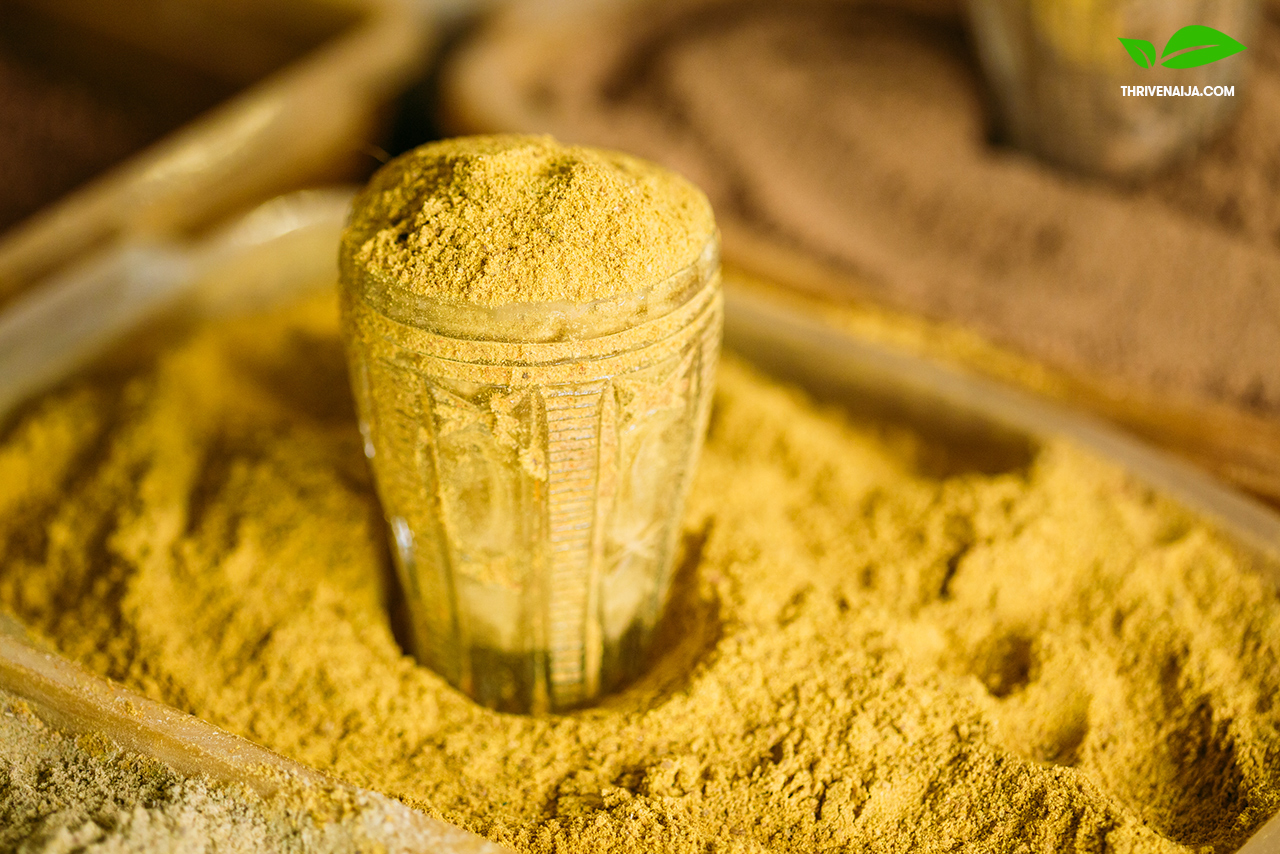 Turmeric is a spice that has garnered a lot of popularity lately.

It contains curcumin, a compound with the potential of promoting brain health and preventing anxiety disorders (13, 14).

Additionally, curcumin also has antioxidant and anti-inflammatory properties, that have been shown to prevent brain cell damage (15, 16, 17).

In addition, consumption of curcumin has been linked with increased blood antioxidant levels, which tend to be low in people with anxiety (21, 22). 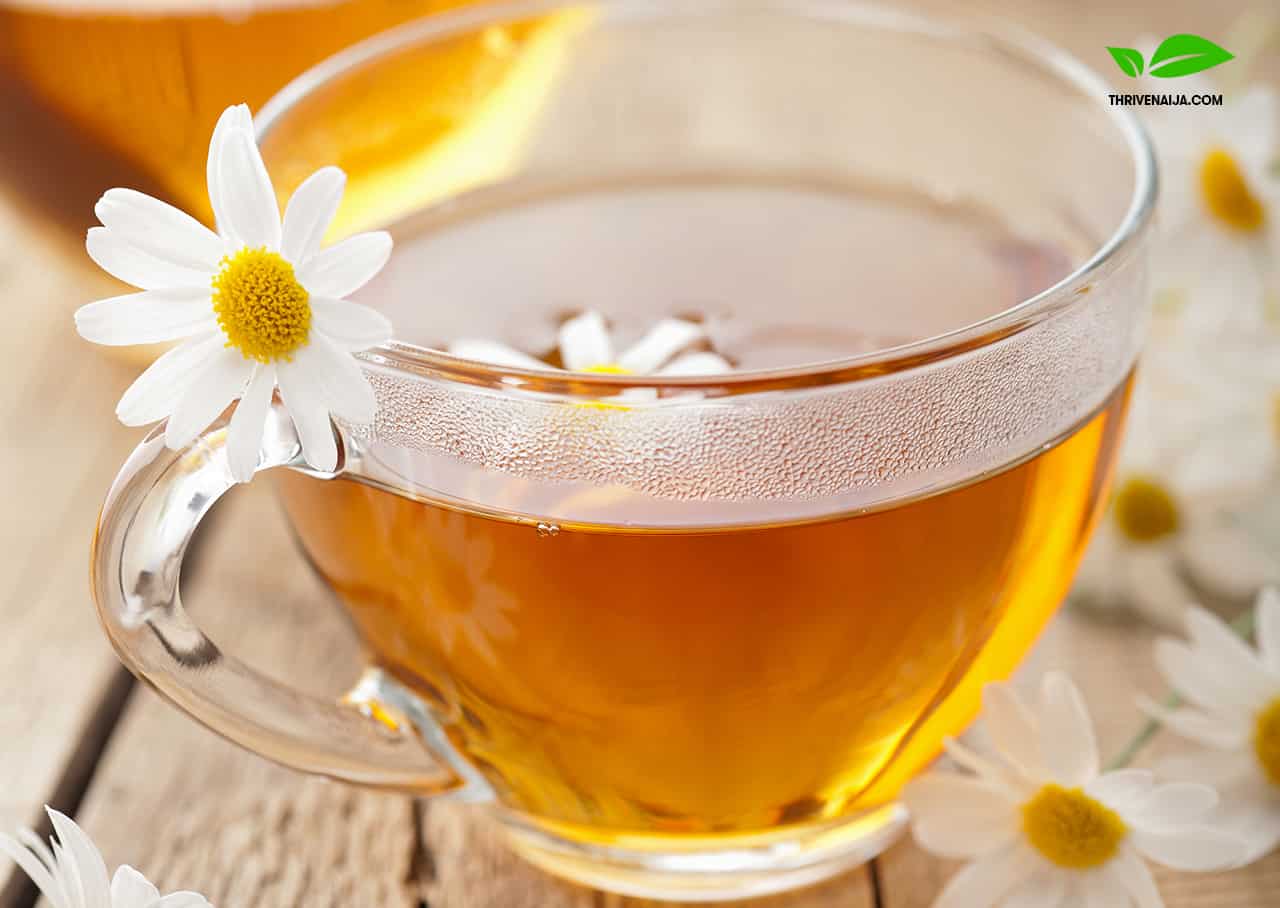 Chamomile can also be very effective in reducing anxiety.

It is a high-antioxidant herb proven to reduce inflammation, which may help damage to brain cell that commonly leads to anxiety (23, 24, 25).

Studies conducted reveals that patients diagnosed with a general anxiety disorder (GAD) experienced a drastic reduction in symptoms after consuming chamomile extract, compared to those who didn’t (26, 27).

A 2012 study found similar results, as patients who consumed chamomile extract for a period of 8 weeks saw a significant reduction in symptoms of depression and anxiety (28). 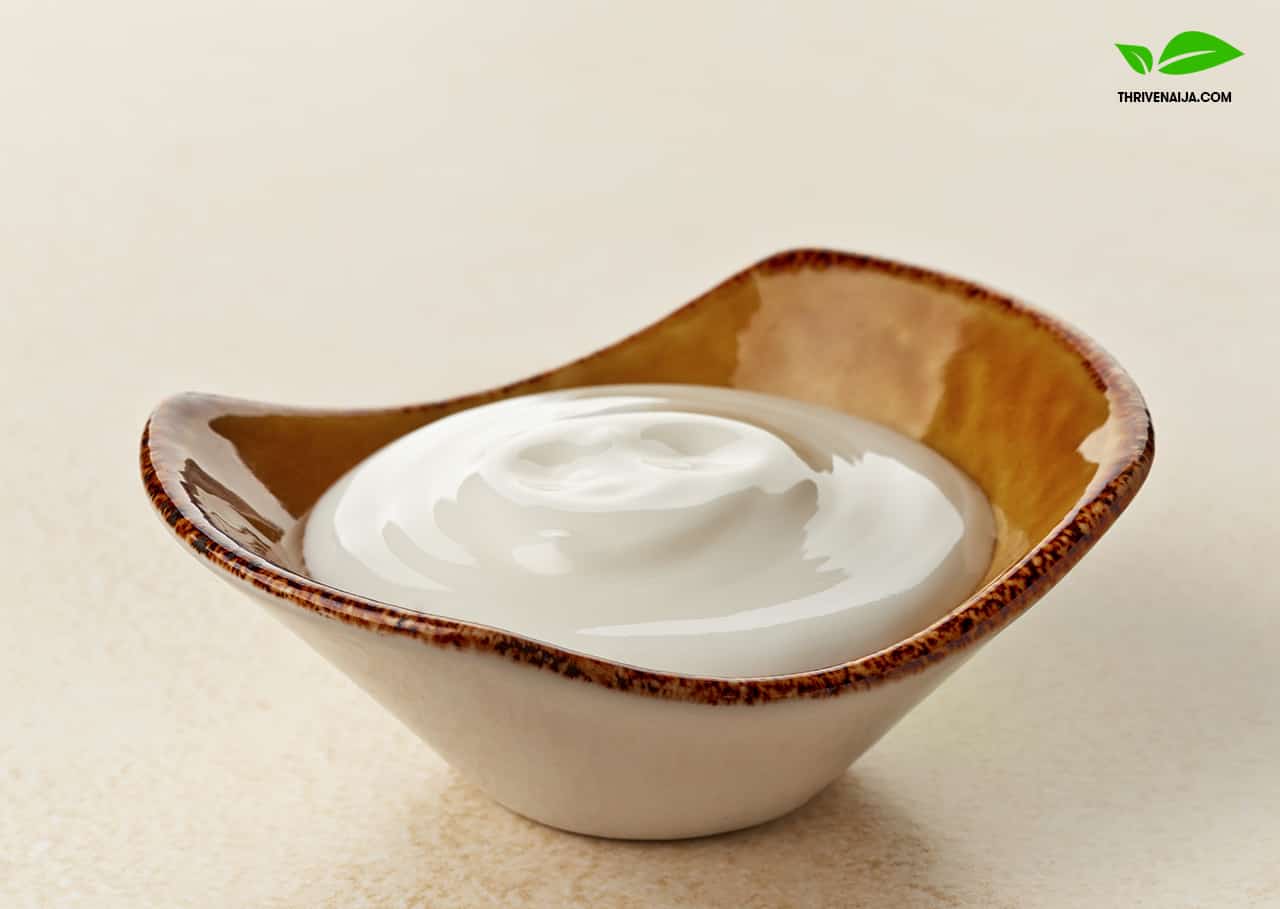 Maybe you didn’t know, yogurt is a great food to include in your diet if you are suffering from anxiety.

The probiotics present in some types of yogurt can enhance several aspects of your well-being, including mental health (29, 30).

Several studies reveal that probiotics foods like yogurt may boost mental health and brain function by inhibiting free radicals and neurotoxins, which can cause damage to nerve tissue in the brain and lead to anxiety (31, 32).

A 2014 study published in the International Journal of Food Sciences and Nutrition shows that people with anxiety who consumed probiotics yogurt daily were able to cope with stress better than those who consumed yogurt without probiotics (33).

It is worthy of note that not all yogurt contains probiotics. For anxiety reduction, choose yogurt that has live active culture listed as an ingredient. 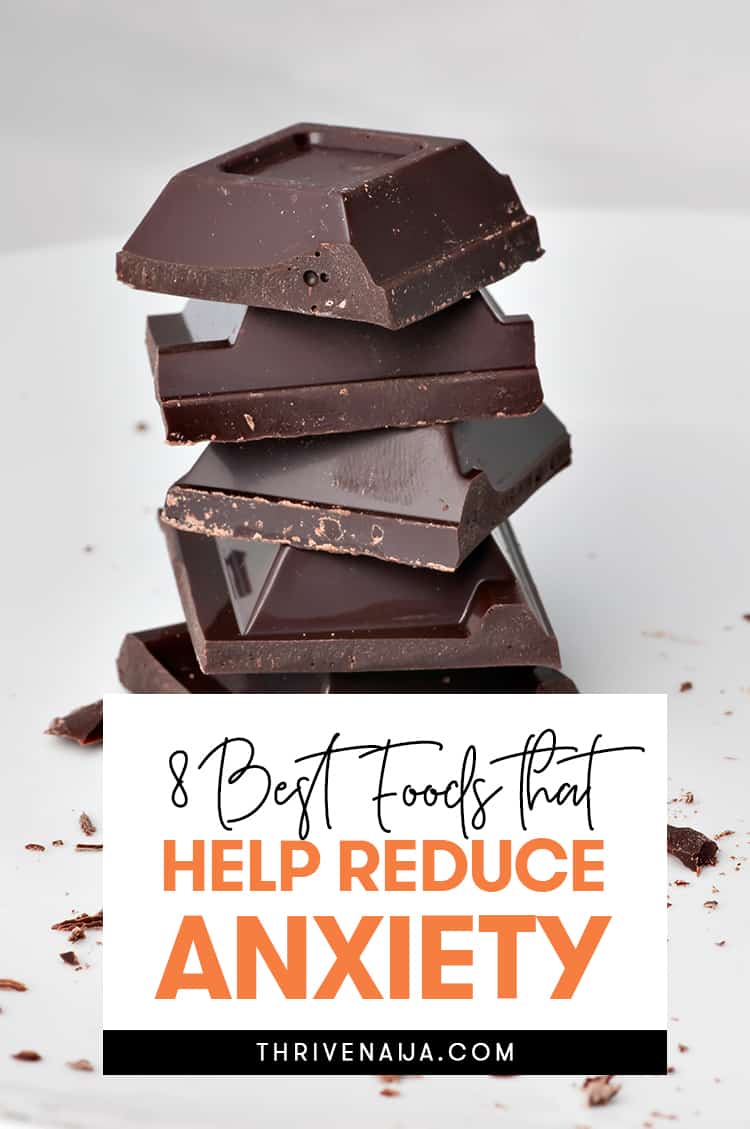 Dark chocolate may be very helpful in reducing anxiety.

They contain flavonols, which are antioxidants that may benefit mental health and brain function. They act by stimulating blood flow to the brain and boosting its ability to adapt to environmental changes (34, 35).

By so doing, they allow you to properly adjust to stressful situations that can lead to anxiety.

Some authorities suggest that this health benefit of dark chocolate may be due to its taste, which can be comforting for those with mood disorders (35).

A 2012 study revealed that people who eat 74% dark chocolate twice daily for two weeks experienced improved levels of stress hormones commonly linked with anxiety, such as cortisol and catecholamines (36).

Consuming dark chocolate has also been linked to increasing levels of the neurotransmitter serotonin, which may help reduce anxiety (34, 37, 38).

Furthermore, consumed dark chocolate in moderation, as it is high in calories and sugar. 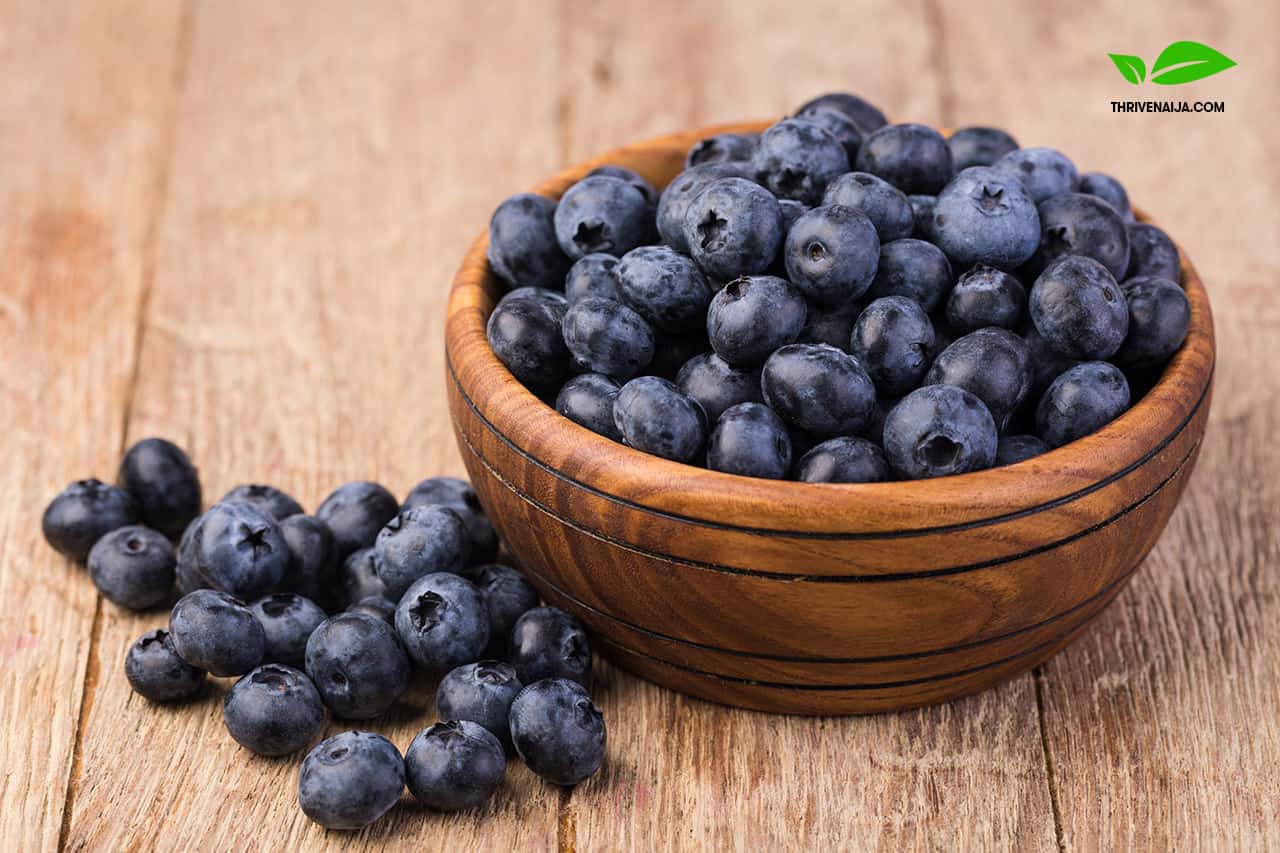 Blueberries are more than just delicious fruits, they can also reduce the severity of your anxiety.

They are rich in vitamin C and other phytonutrients such as flavonoids.

Studies reveal that flavonoid have the ability to improve brain health and thus help with anxiety relief (39, 40, 41).

Also, they are known to have a sedation effect which helps calm down your nerve. 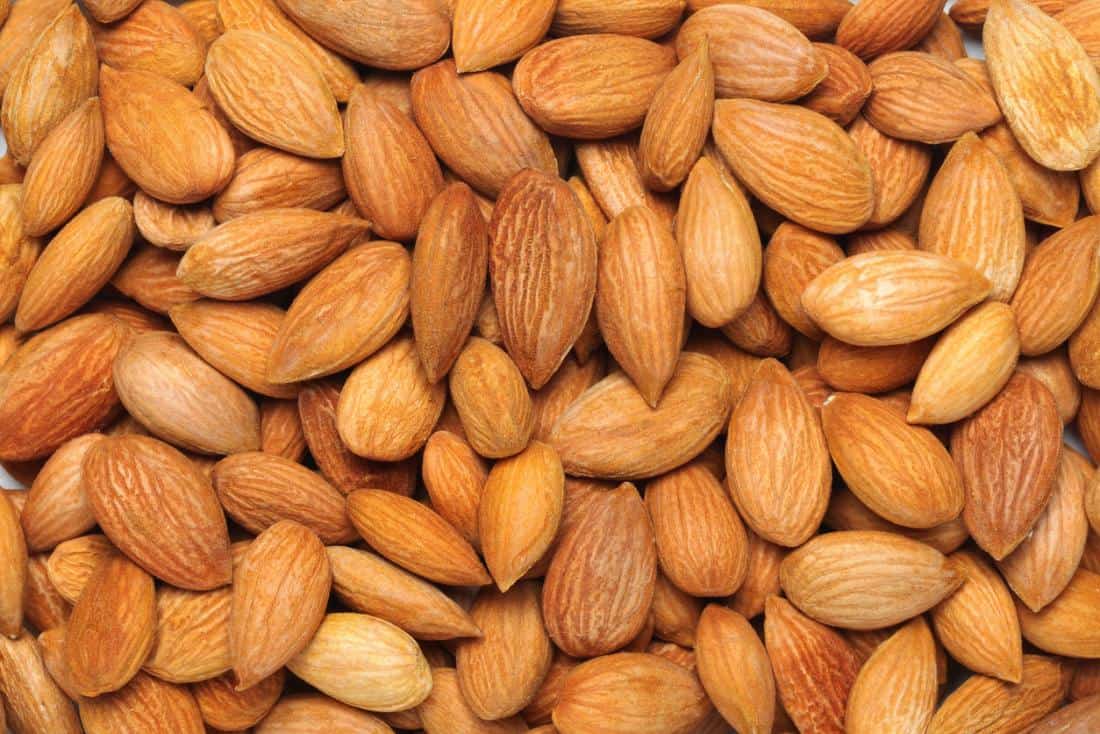 They are rich in vitamin E and minerals like iron and zinc a key nutrient for maintaining a balanced mood.

Studies reveal that vitamin E has a positive role in preventing anxiety and improving mood (42, 43).

Despite the sparse report on the topic of specific foods and anxiety prevention, some studies have been conducted on animals and more high-quality human studies are needed.

Notwithstanding, there are some foods and beverages that may help you deal with your anxiety, as they may reduce inflammation, improve memory and boost brain health.

Malaria Series: Diet Tips (What to Eat and What Not to Eat)

What Are The Health Benefits of Palm Oil? #1 Will Surprise You