You must’ve seen the advertisements here and there if you’re prominent on social media. They’ve got big deals like Don Jazzy talking about it sef.

We heard it’s in the supermarkets already so we decided to rush there to get ours and try it out so as to take the doubts out for ya.

How Much Is The New Indomie Relish?

We got each unit of the indomie relish for N340 and you can get yours at any supermarket close to you as it’s available almost everywhere. Shoprite, Justrite, Grocery bazaar stores, for example, should have them.

We got ours from Justrite 🙂

Since advertised as the complete or should we say full meal experience, we cooked everything as found in the box. So we took em one after the other, First: 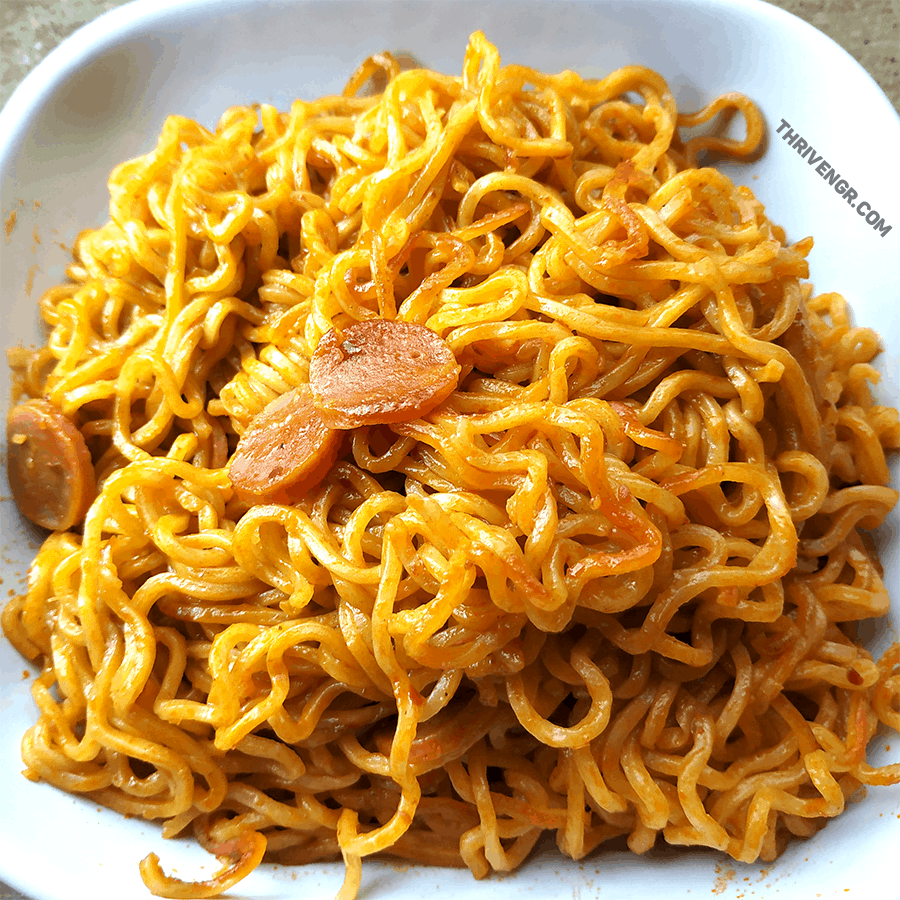 This one appeared like Jollof both on paper and immediately it got into the pot and all the seasonings went into it.

And yes they did say it was chicken based but what we saw in the sachets looked like slices of sausage and a few pieces of chopped chicken.  Our main editor who had the lion share of this one said it tasted like chicken.

It looked good in pictures but wasn’t entirely what we were expecting. It’s just okay. Didn’t even smell like Indomie and all that. Maybe our taste buds weren’t in the right place when eating this up. 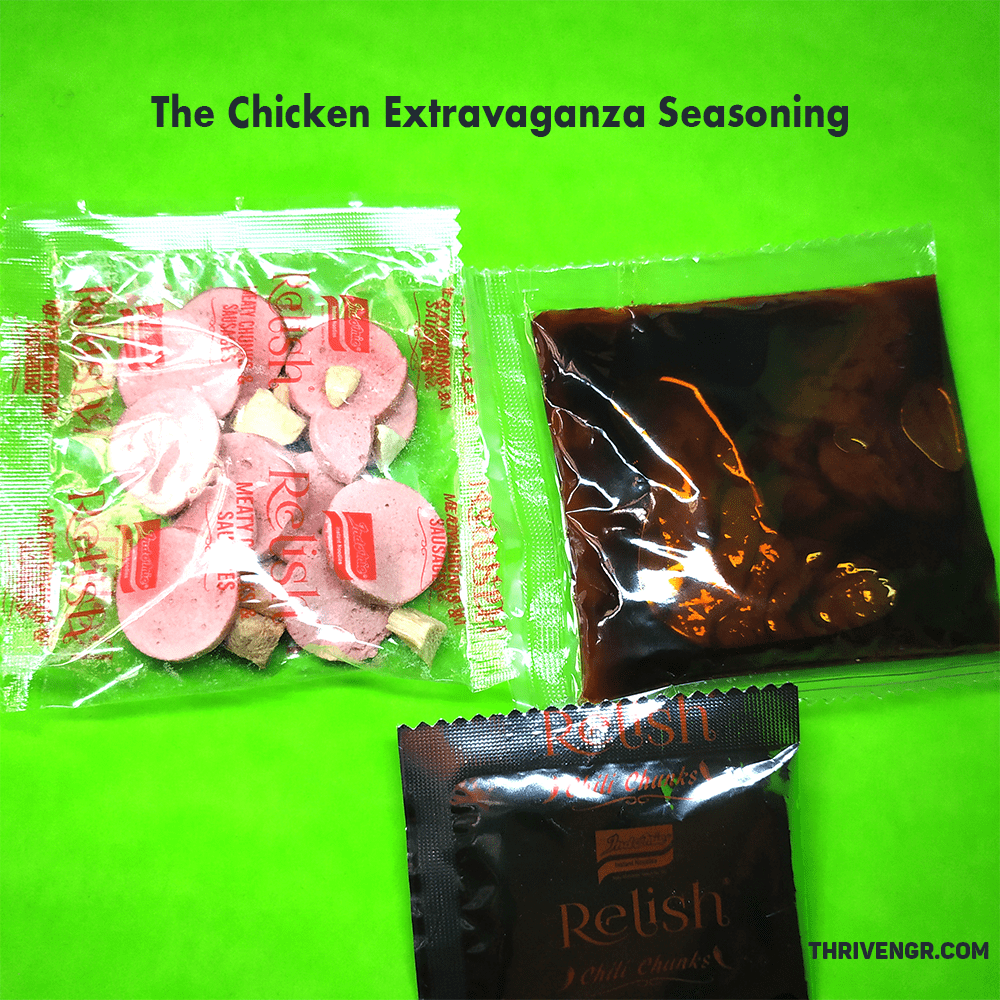 We encourage you to give it a trial if you’re a noodles enthusiast but don’t expect all that great experience or have your expectations high. Just keep calm and try then leave a comment below telling us what to think but if we’re to rate this over 10? It’s going with a 5.8.

The relish seafood delight is being cooked as we speak, let’s hope that one blows our mind off the water. 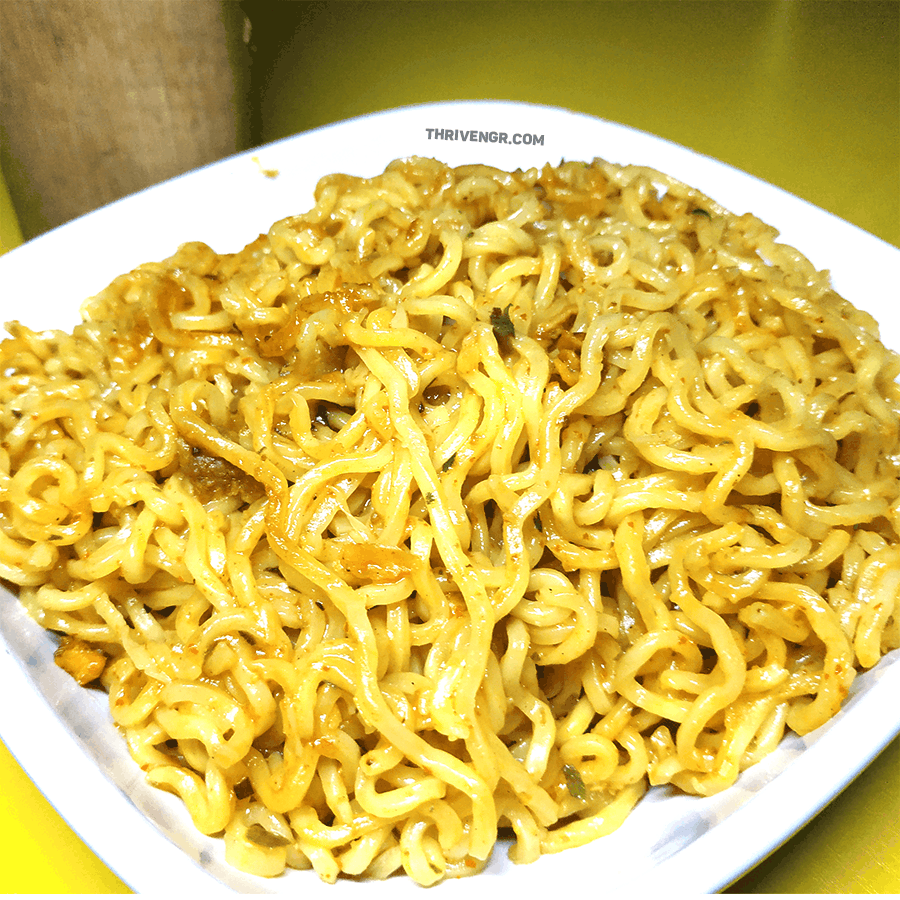 Okay so it’s ready and since we had high hopes for this one, It’s not that bad at all. Personally, I’d chose this over the chicken extravaganza anyway.

The relish seafood delight is a major upgrade. Smells good and taste way better. The smell also is almost out of this world, Almost. 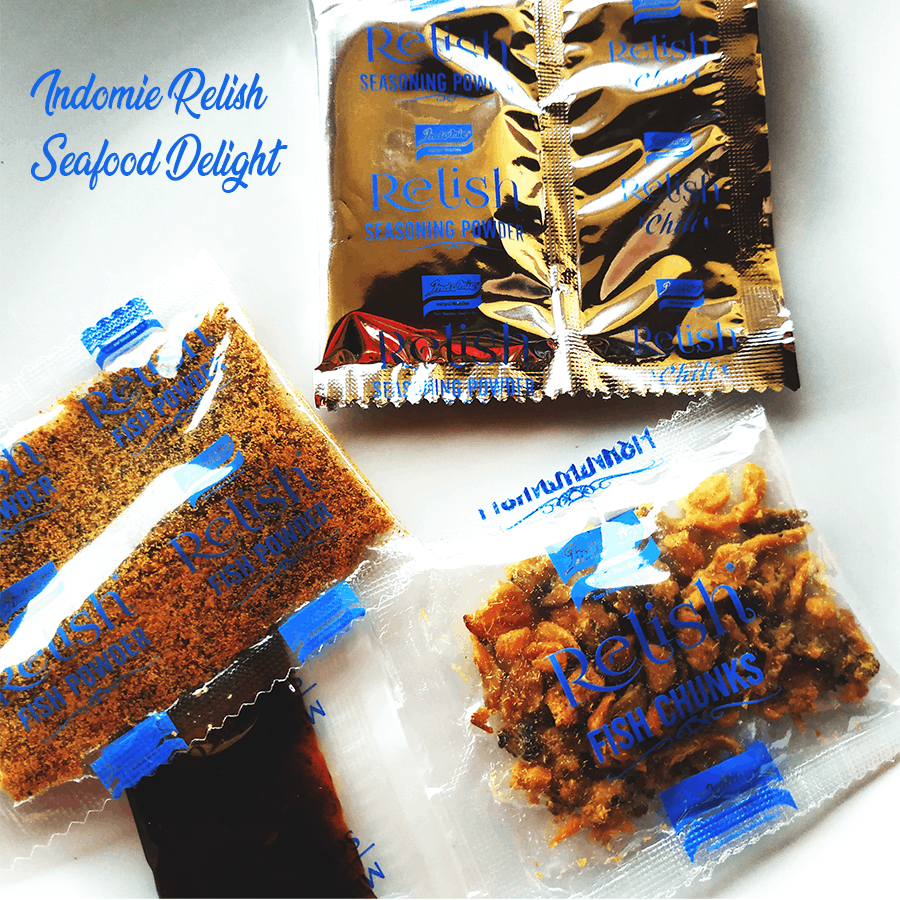 The appearance looks good and the seasonings inside this pack really bring the noodles alive. We all love it except for Victoria, she seems to prefer the chicken extravaganza to this one.

One thing you should know is we’re not really noodles enthusiasts so these ratings are solely our opinions. They’re both okay and we think you should try them out.

Tried or not what do you think about these two indomie relish noodles? Let us know in the comments below.

How to Quit Smoking: 10 Practical Steps to Banish Smoking For Good ?

9 Possible Side Effects of Excessive Caffeine

The easter festive is just days away and there might have been a little uprising ...
By Adebisi Ogunjimi
April 18, 2019

Ever since we started our website, We’ve made it a thing to almost everything about ...
By Victoria Shosanya
November 12, 2018

Unripe plantain is the least of what anybody especially the woman in the kitchen who ...
By Victoria Shosanya
October 10, 2018

Beef And Shrimp Stir-fry With Spaghetti

I’m especially excited about this particular recipe. Why? It’s the first we’re putting out from ...
By Victoria Shosanya
September 28, 2018

How To Go Natural Without Cutting Your Hair