Bone broth is becoming quite popular recently and it simply made by boiling down animal bones and connective tissue and it has become a meal choice among some health-conscious individual and this is because it is believed to contain plenty health benefits and the nutritional profile of a bone broth depends solely on the kind of bones you use as these bones are healthier than each other, most contain many nutrients especially minerals derived from these tissues.

Drinking broth is also beneficial for the joints and digestive system among many other nutritional values. There is plenty of evidence that suggests drinking broth is highly beneficial and this is proven to be true as it contains brewed bones and connective tissues.

Bone broth has become a grocery store staple in recent years, you can’t help but love the sweet rich flavour the health benefits that come with it especially how it can be served and enjoyed. Making bone broth is simple and using the best bone is essential as well. This nutrient-dense stock is used for soups and health drinks.

It is not possible to say how much of nutrient can be derived from bone broth, in this article, you will discover some of the best bones for making bone broth and how to make bone broth as well.

What Are Bone Broth? 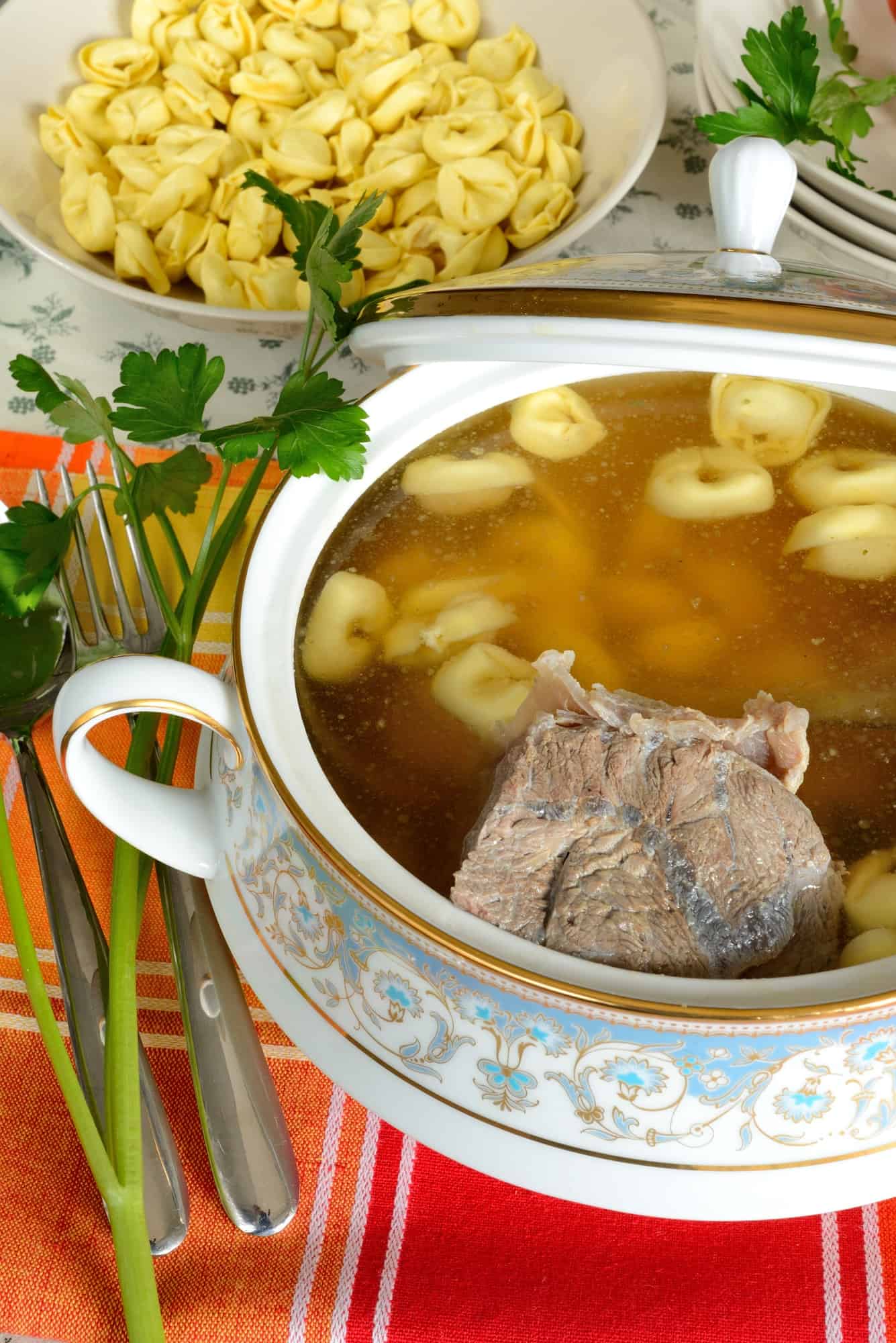 Bone broth is a savoury cooking liquid that forms the basis of many cooking which is sometimes called stock, bone broth has been around for centuries and every world cuisine has their own recipe, it has sometimes served as a health tonic, a warm breakfast, it could also be a handy ingredient for family dinners and all of the above or all of the above.

This bone broth can be used in stews, soups, sauces and many other dishes, it involves simmering animal bones or meat, seafood or vegetables in water or wine often for an extended period of time.

This slow-simmered bone broth is delicate in flavour and comes with a nice balance of umami savouriness and pleasing vegetal sweetness, it has also recently gained popularity as a health drink, it is considered very good for the health as it contains amino acids and minerals, you can certainly dring it straight up or save it for simmering grains, making casseroles or find a suiting recipe and use it any manner of meals.

Can bone broth be made from cooked bones?

You can make bone broth from about any animals like pork, veal, beef, turkey, lamb, bison, venison chicken or fish and it is made by boiling down animal bones and connective tissues and all you have to do to make bone broth is cook or roast animal bones, soak shortly in filtered water and apple cider vinegar, add any seasoning or flavourings you prefer and let it cook for a long time.  Cooking or roasting the bones before making bone broth adds additional flavour and body to your bone broth.

How often should you drink bone broth

It is recommended top drink maximum of 1 cup of bone broth for health benefits as it is better than none at all, you can also have it once a week or once a day or drink it as often as you can.

What are the best bones for cooking bone broth? All manner of bones are considered nutritious however the best bone broth uses a mix of different bones, you can make use of a large, nutrient-rich beef or pork bones and you can as well add some small meaty cuts so your broth can have some flavour. You can also make use of meaty short ribs from oxtails and knuckle or neck bones, these knuckles or neck bones have a lot of collagen gives the bone broth a rich flavour.

If you are still confused about the best bones for cooking bone broth, we recommend mixing bones and meaty cuts from other animals, throw in a ham bone or a shank leftover turkey bones and add some chicken feet, you can use whatever piece of meat you find or that sounds appealing to you. People are also known to use cow, chicken and fish bones which are healthy as well.

How To Make Bone Broth 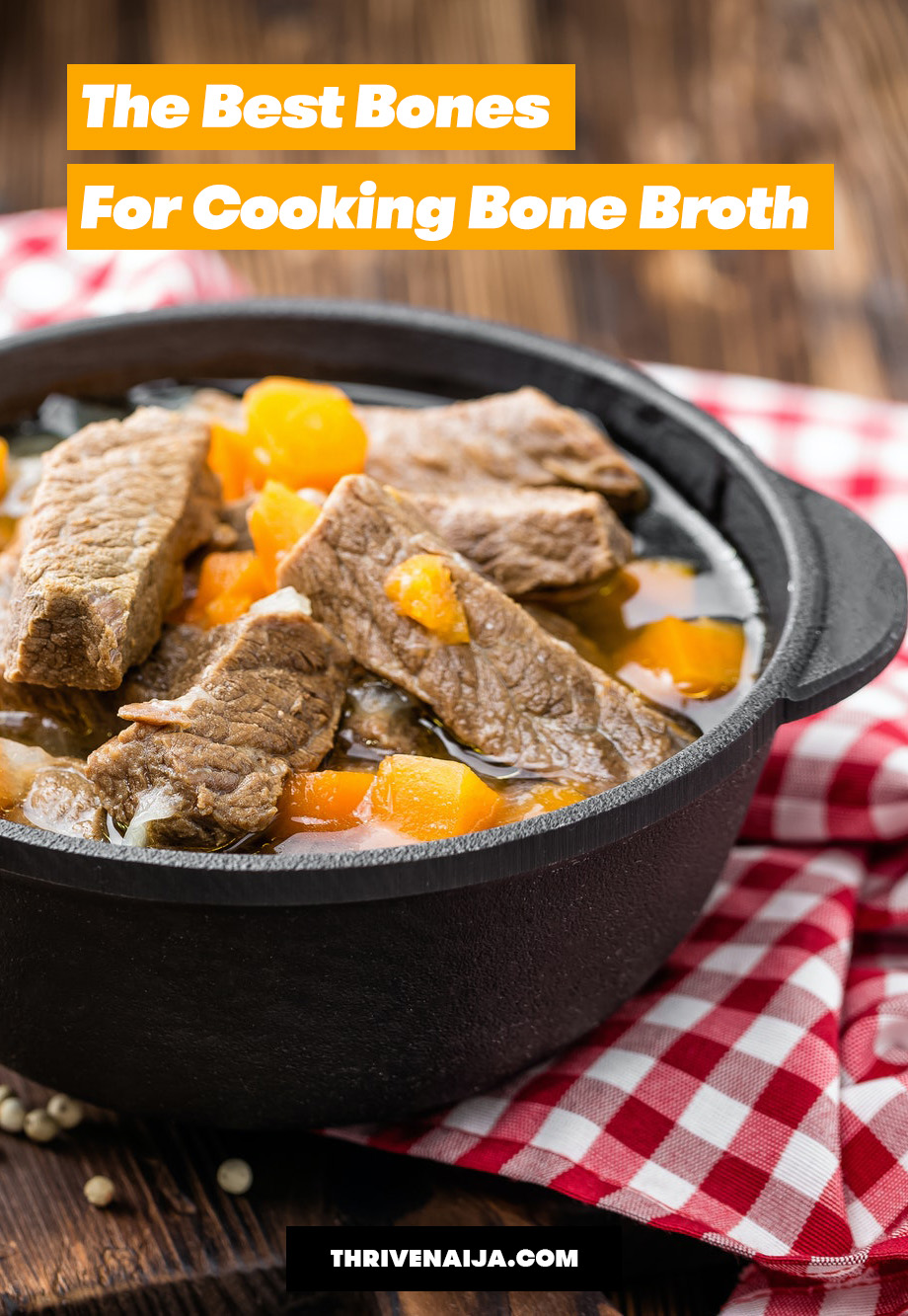 Making homemade bone broth is not just beneficial but is easy enough to make, once you have the bones and the recipe, there are many recipes online to use but most people don’t use a recipe as you can make a simple bone broth without and all you need is a large pot, water, vinegar and bones. Here is an easy recipe to follow that will get you a rich flavoured bone broth.

It is best to use a variety of meats for a more nutritious bone broth such as marrow bones, oxtail, knuckles and feet, you can also mix and match bones in the same batch.

Bone broth offers a wide list of body-boosting benefits, it is a great source of mineral’s like calcium and phosphorus and, protein as well and bone broth has a flavorful taste for your enjoyment and benefit.

You can use bone broth in any recipe that calls for chicken or beef stock however bone broth is not exactly like a stock, the difference between this two is only the amount of time it takes to simmer, the broth is made by simmering the bones for 12 to 24 hours while stock can take just 3 hours.

Bone broth should be cooked for a minimum of 12 hours while a richer, thicker stock is achieved with 24 to 48 hours if you plan to make a 48-hour broth, the slow cooker is the ideal cooker.

Read next: Self-care At Home Made Easy With These 9 Tips

Team ThriveNaija
View More Posts
Team ThriveNaija, Helping you live well and look good. This account is maintained by the elite authors, editors on ThriveNaija.com contributing to different pieces on the site, one article at a time, and making them better. Send us an email? [email protected].

CelebsThatRock E33: 20 Celeb Approved Ways To Up Your Style Game

11 Black Hair Care Products You Need In Your Life

10 Immune Boosting Foods To Eat Often In Times Like This

What Healthy Foods Have The Most Calories?

What Healthy Foods Give You Energy?