Ladies: How to Handle Menstrual Cramps (When They Hit)

There’s that time of the month we all do not like (I mean we the ladies of course), that time when cramps come to take away our sweet sweet self.

Menstrual cramps can be a pain in the ass or maybe the lower abdomen and back. For some ladies, they don’t feel anything (how on earth?) and for those who feel like just tearing their insides apart, we came for you.

Also known as Period cramps or Dysmenorrhea (if you like big grammar), is simply pain during menstruation. Its usual onset occurs around the time that menstruation begins, this pain typically last less than three days and is usually intense around the pelvis or lower abdomen.

Other discomforts may include back pain, diarrhea, sweating, headaches, dizziness or nausea. The pain can vary from mild to severe or even annoying sometimes.

Studies have shown that emotional stress increases the intensity of menstrual cramps, women who reported feeling stressed two weeks before the beginning of menstruation were two to four times more likely to report moderate to severe symptoms than were women who did not feel stressed.

So therefore, we advice that you avoid being overly stressed out on a regular.

Another habit that has been associated with increased intensity of period cramps is smoking. Researchers have stated that how this happens is not clear. Studies have shown that smokers tend to have severe menstrual cramps compared to non-smokers.

The natural cause of period cramps (Primary Dysmenorrhea) is unclear but cramps could occur as a result of an underlying medical condition, it is referred to as Secondary Dysmenorrhea.

So, how do you handle menstrual cramps?

1. Get Yourself on a menstrual-friendly diet 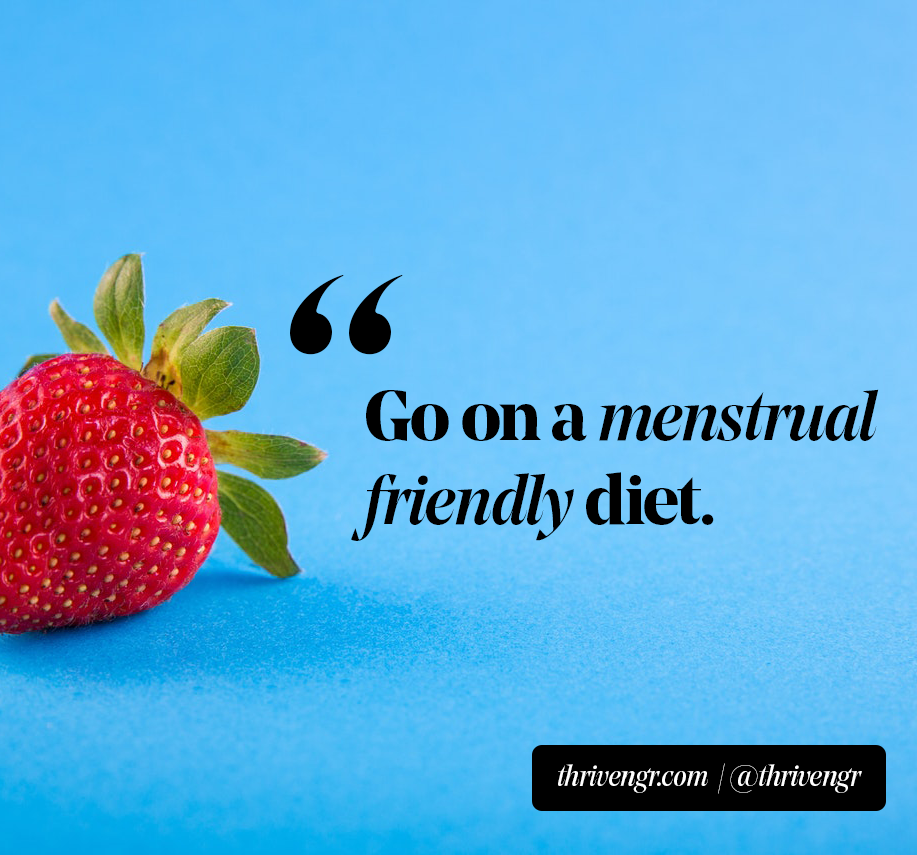 Before or during menstruation, it is highly advisable to stay away from foods that could cause bloating or water retention. Reducing regular intake of this foods would help in reducing the intensity of menstrual cramps. 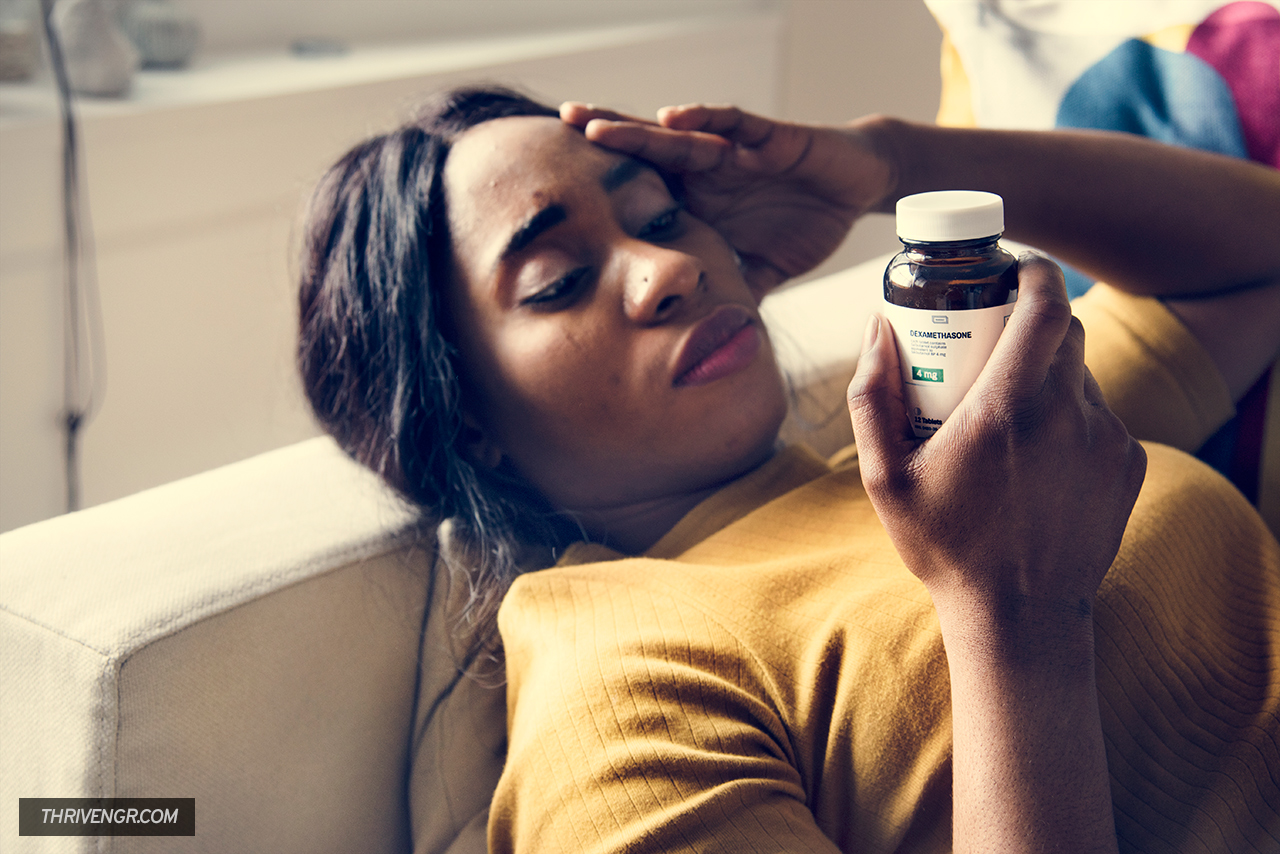 We are talking about over-the-counter (OTC’s) drugs. These drugs are effective in reducing cramps in primary dysmenorrhea.

These drugs reduce the production of Prostaglandin which has been stated to be related with menstrual cramps. Pain killers should be used moderately and it is safer to seek a medical professional before use.

NOTE: If you’ve had a history of peptic ulcer or kidney issues, this approach might not be for you.

Such painkillers include; Ibuprofen, Naproxen, Aspirin, Diclofenac, Indomethacin to mention but a few.

Applying heat to relieve pain has been saving lives since forever and menstrual pains aren’t out of the equation.

Heat therapy is a safe escape way for adolescents and women that aren’t able to use any form of painkillers. The amazing thing about heat therapy is that it doesn’t come with side effects compared to taking meds.

4. Getting yourself an orgasm just might do the trick

A healthy sex life can help manage cramps during a menstrual period.

According to Wikipedia, Orgasm is the sudden discharge of accumulated sexual excitement during the sexual response cycle, resulting in rhythmic muscular contractions in the pelvic region characterized by sexual pleasure.

This intense sexual feeling draws blood to the muscles of the pelvis, and this aids with relaxation and decreases pain. Studies have shown that the oxytocin and endorphins released during sex can increase your pain tolerance by up to 70%. That means less pain before period.

Orgasms are one of the best cures for PMS.

This method of managing primary dysmenorrhea has been proven to be quite effective to relieve symptoms, the pills contain a synthetic hormone called Oestrogen, the primary female sex hormone which reduces menstrual related pains.

The only thing is that there would be no blood flow at all (Amenorrrhea). There you have it! No menstrual flow, no menstrual pain.

6. Go Get Yourself A Massage 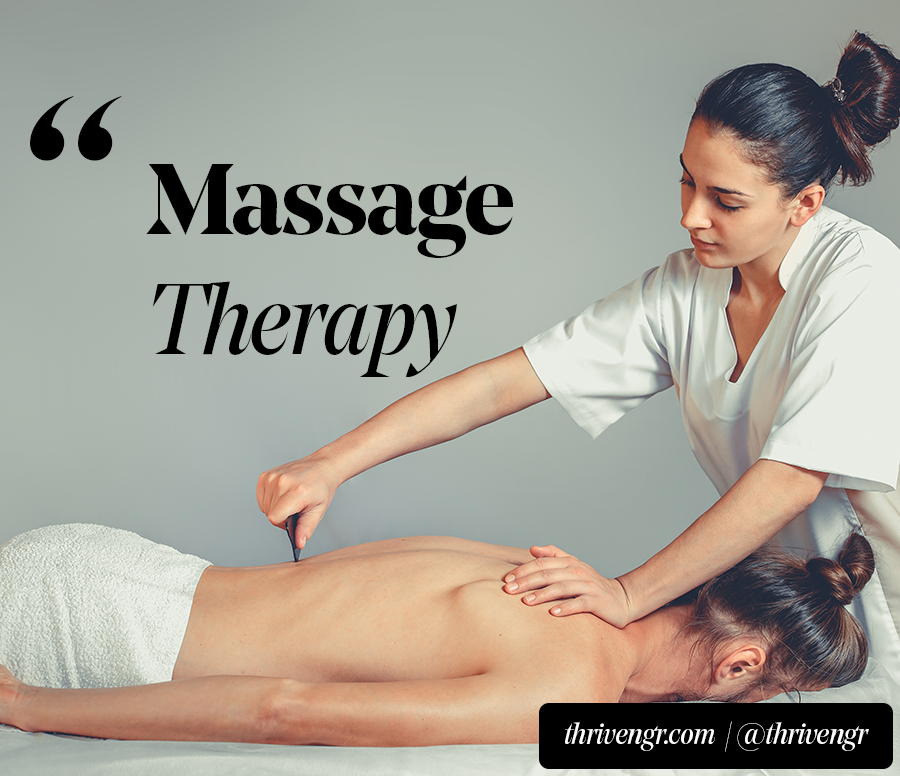 This is a major and inexpensive way to reduce period cramps.

Get a gentle massage during your menstrual period to experience a high level of pain relief. Massage therapies are also known to reduce anxiety and depression. 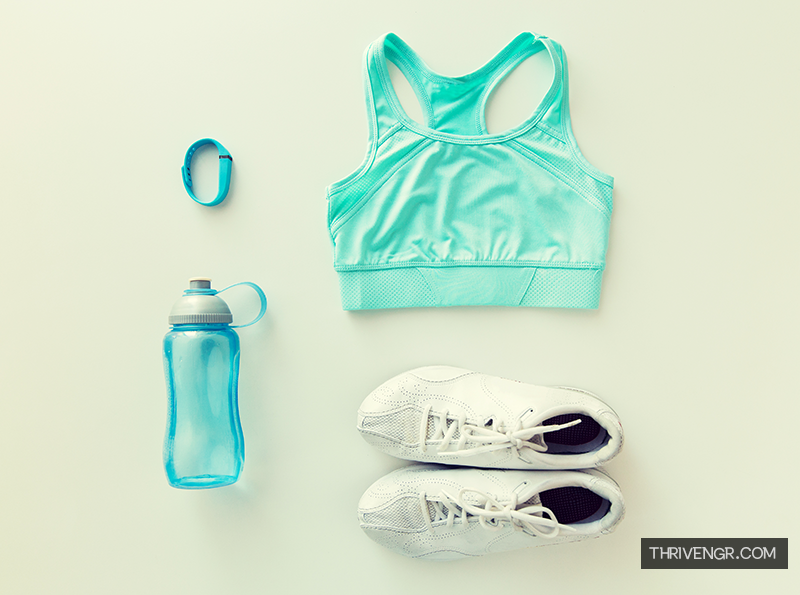 Exercise before and during your menstrual period helps to relieve cramps.

When exercising, endorphins are being released, this hormone reduces pain and also helps in relaxation. Keeping a regular exercise schedule helps in resolving any form of menstrual cramps before they start.

Next time you can sense your menses coming, start doing some exercises and if you’re not up for those, try stretching instead, move around and flex some girl muscle.

Read about the health benefits of stretching next or just go crazy with these memory-boosting foods and don’t forget to share this post with folks who might find it useful, use the buttons below.

Author
Silas Igbe, MBBS
Silas Igbe is a Medical student in his penultimate year with a passion for health and fitness. He writes about wellness and occasionally contributes to prominent magazines as well as enter International essay competitions. His goal here is to make sure you read the right advice that's good for you. 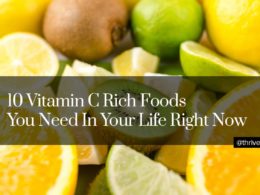 Vitamin C, scientifically known as Ascorbic acid is a water-soluble vitamin that plays a role in maintaining the…
byTeam ThriveNaija 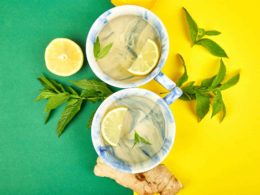 You will agree with us that whenever you get a sore throat, a hacking cough or when you…
bySilas Igbe, MBBS
2 shares
0
0
2 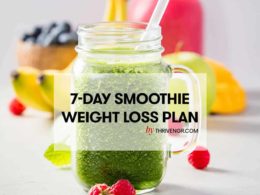 Is your busy life hindering your weight loss? You are not alone, this 7-day smoothie weight loss diet…
byBrenda Kimunto 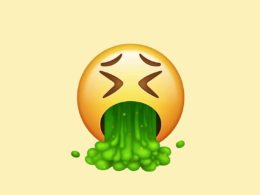 How to Induce Vomiting: 9 Ways to Make Yourself Throw Up

This might sound a little cliche and unlikely but there are times you definitely need to induce vomiting,…
bySilas Igbe, MBBS
The content, services and products on our site are for informational purposes only. ThriveNaija does not provide medical advice, diagnosis, or treatment.