10 Things You Should Never Say To a Man

Men are divine masculine, egoistic, strong, very physical and natural beings. Men do not joke with their manhood, and they do not want to be around anything that tampers with it.

There are many things that guys would love to hear and want to be told, in the same vein, there are things that you should never say to a man. Guys have feelings too, they have emotions and they do not want anything to cross their ego or their feelings.

There are many things you could say to a man, but some of the things you should never say to them are listed below. Let’s get to it.

More like who? They never want to hear it and you shouldn’t say it too. Men never want to be compared to anybody else, not for any reason.

If you want him to do something for you, you tell him, comparing him to other guys or someone’s boyfriend is a bad way to make him feel he isn’t good enough for you, and that he also is incompetent. You’re stepping on his ego sis… Do not say this to him.

Dear sis, that guys heart grew in his mother’s womb, and you think you can just show up and say this to him? Don’t ever put him in such a distressing corner, you and him and he and his momma can never be compared, it’s not even the same thing or does it carry the same current.

A man would always love his momma, and making him chose is a bad idea. If you’re with a momma’s boy, find a way to make him fall in love and get attached to you in his own way, do not put him between the devil and the deep blue sea.

3. Do you think that babe is pretty?

Another pressurized closet! Believe me, he’s seriously contemplating whether to tell you the truth or not. If he says she’s pretty, you might start nagging at him, complaining and all, you might even start comparing yourself to her and you know what to kill him with, ask if she’s more pretty than you are. If he says no, you know he’s not being sincere even if he might be.

Moral of the story: He doesn’t want to be asked that question and he’s definitely going to be in trouble if he says Yes or No.

You just made him feel inadequate, mashed up his ego, squeezed out his manhood and threw it out the window :). Do not say this! Do not!

Even if he’s not so muscular and all, never say to him how not-so-strong you think he is, massages his ego and make him feel good and not inadequate.

You just hit him with a grenade, his blood pressure is up, his pulse rate is racing and he’s sweating. These four words mean a lot to a more than you can imagine. He’s likely to come up defensive at anything you say as he might think that you are about to accuse him of something.

When next you want to discuss something important with your man, just get to it, kindly do not put this preamble. Thank you.

They know you think it matters, don’t console them like this, don’t lie to him.

He might not have it in the perfect size you want it, he’ll make it up to you. Don’t say this to him unless you want him to feel less of a man.

Why does he need to know this news?

You’re implying that you’ve been with other people that are better than him, making him a less valuable person to him. Saying this to him is all shades wrong, you’re going to hurt his ego and this is totally inappropriate.

If he is overprotective or always watching your every step, it means he’s quite insecure, but that doesn’t mean you have to say it to his face, especially if it’s in public.

You should never say this to him because it makes him feel weak and he’s gonna be angry at himself, in that case, he might over think and be emotionally sick.

If he said to you, it’s just a pair of heels or it’s just a time out with the girls, saying it with no importance attached, how would you feel? When a guy is seeing a game, be it football, basketball, or a video game or anything it could be, do not downcast it. You might not understand, but he’s connected to it, deeper than you could ever imagine.

Don’t undermine the effect of saying it’s just a game on them. He might feel you don’t care about the things he’s passionate about. The respect his love for matches and games, enjoy them with him and see the way he would love you.

He doesn’t want you to think that he wants to be the holy hot guy in your life, the only sweet guy and the only handsome guy, he doesn’t want anybody that place.

Giving his friend heavy comments like that will only make him feel inadequate and hot. You know you wouldn’t like it if he did this to you.

Be a good lady to a good guy, massage his ego, say sweet things to him, romance him mentally and appreciate his manhood. We hope you had a good time reading this post, for more relationship posts, follow us on Instagram @thrivenaija 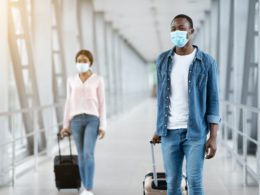 Coronavirus pandemic changed so many things in this year 2020. Many of us, in fact, all of us,…
byMoyinoluwa Olawoye 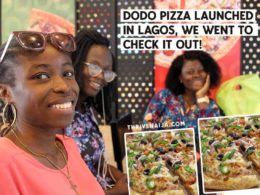 Dodo Pizza Launched In Lagos, We Went to Try It

Prior to now, you’ve probably never heard of Dodo Pizza or If you’ve been in Nigeria since like…
byTeam ThriveNaija 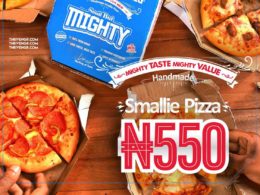 If you’re a pizza lover on a tight budget, you’ll love this news most. Monday, 18th February 2019,…
byTeam ThriveNaija

A Guide to Picking Out A Stylish Timepiece

You can argue that you don’t need a watch anymore. Most people whip out their smartphone to check…
byTeam ThriveNaija
The content, services and products on our site are for informational purposes only. ThriveNaija does not provide medical advice, diagnosis, or treatment.